Filed under: Observations From the Field, Branding Strategies — @ 11:16 am 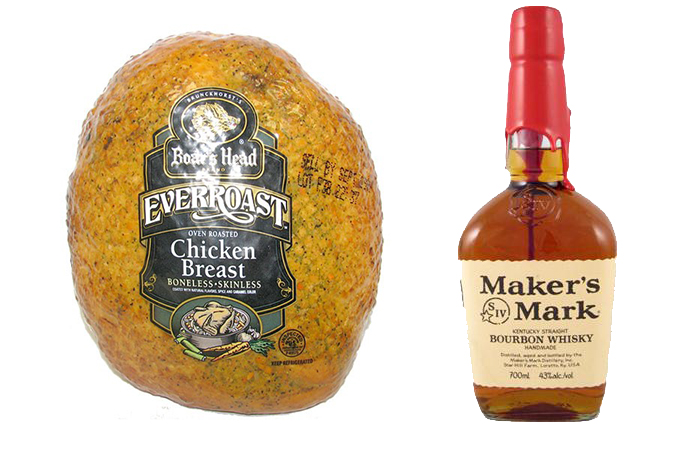 An unlikely pair of status symbols?

A few weeks ago, I met a “Grey Goose girl” and a “Maker’s guy” at the chic penthouse bar at The Standard in NYC.  And while I was skeptical that the claims of these two early-twenty-somethings could withstand a blindfold taste test, I wasn’t surprised.  Liquor companies have made an art form out of branding, which means that specifying your liquor to a bartender is like defining who you are to the world around you.

But who knew deli meats held the same power?

This past weekend, I met an “EverRoast® Man” at the deli counter of my local grocery store.  He was the third hipster twenty-something to order EverRoast by name while I was standing there waiting for my own (non-branded) order to be fulfilled.  This shot my marketing radar up to high alert, so I asked him… why ask specifically for EverRoast and not just a half-pound of chicken breast?  Is it better than “regular” chicken breast?  His answer:  “Ever since I was a little kid, I’ve just always been an EverRoast Man.”

Poor guy.  I’m sure he never expected me to investigate this intriguing proclamation.  But I did a bit of research later and learned that Boar’s Head EverRoast Oven Roasted Chicken Breast debuted in 2009.  And since he certainly looked older than five to me, his claim was in tatters.

So why the fib?  Because branding WORKS.  People use brands – whether claiming to love them or hate them – to shape their own image.  From cars and clothes to liquor, sunglasses, watches, sporting goods, music, coffee, deli meats (!), and more…we gravitate toward brands that we feel accurately portray the image we want projected to our audiences.  In short:  it’s like co-op marketing.  Who needs a personal marketing budget when you can bask in the halo effect created by brands that have already spent billions of dollars defining the image you aspire to have?

Successful branding takes time, consistency, and…yes…money.  A brand needs to be clearly defined and have a point of view, and then stand up to scrutiny over and over and over again before it becomes powerful enough for people to identify with it.  But when it’s done right…damn, it sure does work.

So, marketing professionals…the next time you get resistance to spending money on branding, send your boss to the local supermarket deli counter.  One chat with an EverRoast Man or an Ovengold® Girl and they’ll change their tune faster than you can make a sandwich.

Footnote:  For more branding giggles (and perhaps a new lunch suggestion), check out the online Boar’s Head Digicatessen®.  For my next career, I think I want to name deli meats.  It seems like a fun job.